In February, OKstate Racing contacted Tom Sewell, of Tulsa Gas Technologies, and asked for his help in the development of a prototype Formula SAE race car.  Lucky for OSU, Tom jumped at the chance to help.  On Thursday, March 4, the team took their 2008 race car (the car OKstate racing used in 2008 competition) to Tulsa Gas Technology's facility for Tom and his CNG conversion experts to assess.

Prior to the meeting, Tom had mentioned that he was involved in racing and might have some parts to help us out.  But, when the team saw the long and successful racing history that Tom's family had, we knew that we just made contact with a true racing guru.  Among other racing activities, Tom has been supporting Micro-Midget racing which used the same engine that Okstate Racing has in the 2008 car, and has experience getting maximum performance from it.  Conversion of the OKstate CNG fueled racer has created a wonderful opportunity for Tom, Tulsa Gas Technologies and OKstate racing to put our collective passions, capabilities and experience together to build what should be a very impressive prototype.

Tom gave the team a tour of Tulsa Gas Technology's facility and the team and were more than impressed by the fantastic amount of innovation and manufacturing that TGT is delivering to the global CNG industry.  TGT designs and manufactures everything from computer systems for CNG sales systems to specialty CNG fittings/adapters.

John Cook and some of his colleagues, from the US Postal Service facility in Norman, visited us in late 2009 to help the team get started with the CNG conversion, including providing some critical components.  The components will be incorporated on the car as well.

In the coming weeks OKstate racing will be building a new air intake system for the 2008 car to improve airflow and accommodate CNG fuel injectors.  During that time, Tom and TGT will be rounding up cylinder(s) and other equipment required for the conversion.  Based on the time required to fabricate the intake system and car modifications, we expect to have the car converted by the end of April.   Our goal is to have the prototype ready for show/demonstration at the FSAE National Competition Event in California, in June.

Thanks Tom Sewell and John Cook!

Darton Zink, President and CEO, of Zeeco, hosted to OKstate Racing team and Dr. Hoberock, MAE Head of Department, to a wonderful tour of the Zink (racing) Museum at the Zink Ranch, near Skiatook, Oklahoma.   Zink’s family was involved in racing for decades, starting in the early 1950s, with tremendous success in a wide range of auto-racing, from Midgets to Indy Cars to Off-Road.   The Zink Museum is a national and Oklahoma treasure of auto racing history.

Darton mixed the tour with a nice mixture of family stories, race technology and racing strategies.  It was wonderful.

We tried to keep the drooling on the cars to a minimum, and cleaned up after ourselves.  The Zink family’s contribution and achievements in racing and race car technology development is legendary, and hopefully some of it rubbed off on the team while we were there. 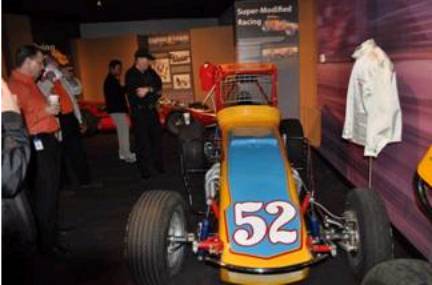 Thanks Darton and Dr. Hoberock (for helping to arrange the visit)!

In late January the team travelled to Arlington, Texas to visit the FSAE team there, and talk to their faculty advisor, and OSU grad, Dr. Bob Woods.  UTA’s FSAE program has been a country leader for years, and we wanted to learn more about their program.  Thanks for arrangements by our Alumni Chair, Jonathan Hufnagel, we got down to see an outstanding program.  All body panels and their wings are carbon fiber.  Their shop is outstanding , and they have a ½mile by 1/4mile  paved test track at their disposal. It enables them to host regional events as well as test their cars and develop drivers on their own schedule.   OKstate Racings vision is to surpass programs like UTA in speed and technology development/application.  Dr. Woods has agreed to help the OKstate Team on a regular basis.   We are building the foundation as the nation’s leader in FSAE and technology development/application.

Boone Pickens’ Gets OKstate Autographs and We Get His

Thanks to some hustle by our Marketing Director, Michael Tate, we got a poster size photo of our CNG Mock-Up signed by Mr. Pickens and he wanted ours.  Michael got some of the team members and key posters (our five year mission and a photo of the mock up) near the entrance of the $1 billion Brand event on campus, on Friday, February 26th.  Pickens’ push for a natural gas fueled future fits well with OKstate Racing’s mission of developing winning race cars and progressing alternative transportation fuel technologies. 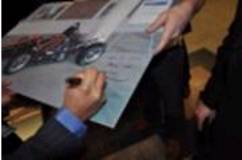 Kevin Yap, team member and our veteran and accomplished winning SCCA race driver, organized the year’s first driving event at Pole Position Sports (high performance electric go-karts) in Oklahoma City on Saturday, February 27th.  The team has some very good, fast drivers, with the fastest already confirmed that they will be on the travelling team to National Competition.    The team has other events planned to further evaluate and develop drivers, and if necessary, use Pole Position Sports. 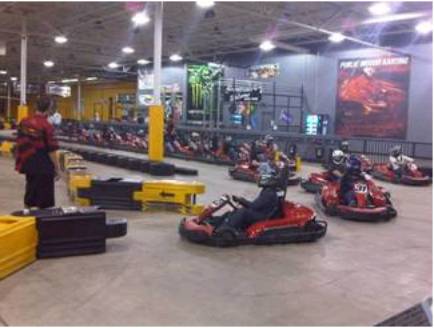 We continue to struggle with the lack of nearby safe “road/pad” to test our cars and develop drivers.  Time is precious for the students who do this all in their “spare time”, so “nearby” is important to us. There are few very marginal options in the Stillwater area, including a few parking lots (if we can get permission), a stretch of rough road near the airport, and the empty streets north of McElroy (Athletic village area).   Permission to access is the challenge, and the team is pursuing all options.   But, so far without success.  Our “primary” option is OSU-Oklahoma City Campus driver training pad (1 ½ hours from Stillwater), but it is booked much of the time, and we’ve had to re-build our calendar accordingly.

OK, before I get too far along on this, I need to thank the many, many folks on the OKstate Race team for all the hard work, dedication, ingenuity, persistence and learning, learning, learning.  The team has developed a tremendous amount of organizational capacity that is a foundation for a great, winning program for years to come.

So, THANKS to OKstate Racing for all you’ve accomplished so far this year.

BUT,  we’re not done yet.  So don’t get comfortable (not that you would anyway).

On the positive side, the Composites Team (Tarek Kandalaft, Shea Fehrenbach, David Salim, Nikolas Foong, Brian White and Jeremy Emerson) formed all removable body components for the 2010 car.   A fantastic accomplishment, particularly considering that historically this hasn’t been done until the week cars went to national competition.  Right now, the team is prepping  the “nose” and “side pods” for paint.  There’s been some interest by local Stillwater body shops to help paint the car.  We’ll see how it goes. 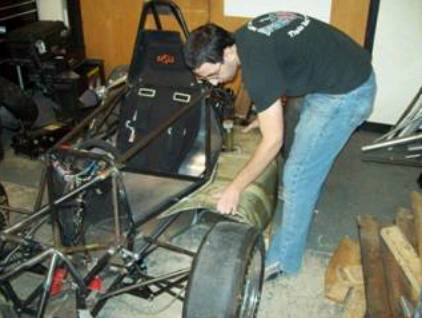 The team submitted the first two key reports to SAE on time and as required, the Structural Equivalency and Attenuator test reports (Thank Ashley Wright and Alex Diamond).  Chris Duncan is working up the cost report with the help of Curtis Clark, Matt Villarreal and the greater team.  (Matt is the Finance Manager for the team, and is doing a good job of keeping us solvent).  Without these reports we can’t compete, so this is serious stuff.

The engine and suspension teams (Sloan Anderson, Jake Hensley, Ryan Lack, and others)  had the car in fantastic running shape before the end of 2009.  An extensive driving test in near-arctic December weather confirmed that the engine, tranny and the car (and team) in general had the potential to be a winner.

Last month, we started our nose to tail compliance review to ensure technical qualification in California.

Curtis Clark is machining the new inlet venturi required for ethanol fueled race cars per FSAE rules.  Curtis designed the venturi and is well on the way to getting it done in coming days.

Now, from the “learning” corner.  During the nose to tail compliance check, the with the help of Kyle Ford, the team discovered that the front portion of the car frame was out of compliance with the dimensional requirements for national competition.   While this is far from “catastrophic”, it was a bit of a surprise for the team, considering that we are completing a car that was fully ”framed” and “running” in June, 2009.  The team has already redesigned a compliant front frame section and have started the modification process.  NAPA auto (Stillwater) has offered to help with the tube bending required for the two hoops.

Our “roll out” event on Campus of the Race Ready 2010 Race Car is in Mid-April.

The team is well aware of what needs to be done to win in California, and are doing everything possible to get there.  A quote from the late Jack Zink, “to win, first you have to finish” is not lost on us, and the team is keeping an unrelenting focus on simplicity, reliability and delivery.  Good stuff!

Well I would be remiss not to mention next year’s program.  The frame and suspension team (Ashley Wright and Ryan Lack) have already designed next year’s frame and will start fabricating it as soon as the mods are done to the 2010 frame.  Our plan is to have a rolling chassis for the 2011 (national competition) car before we begin the Fall 2010 year (pending funding to purchase suspension parts).

Thanks to contributions from several individuals and EPSCOR we have the funds to get the 2010 car to competition this year, and we can fabricate the basic frame and some suspension parts for the 2011 car.

Unfortunately, we won’t be able to materially progress the 2011 car and our long term mission with our current funding, which will be exhausted in June.  In fact, we are substantially under-funded to enter successfully into next year’s program.  We are pursuing funding constantly, but this economy has us perpetually on life-support and consuming a disproportionate amount of race team time.